A better world means more co-operatives - Getting their attention

"Co-operatives received some important high-level recognition this week when ICA’s President, Dame Pauline Green, and I were able to join representatives from China’s co-operative sector in a meeting with the Chinese Vice Premier, Hon. Mr. Hui Liangyu, in Beijing. Mr. Hui presented a four-part commitment of the Chinese government to co-operative development, including: sound legal protection for co-operatives; pushing forward innovation, ‘the inexhaustible resource for growth’; displaying co-operative values, such as poverty reduction; and deepening exchange among co-operatives, including with co-operatives in other countries.

This meeting was arranged by the All China Federation of Supply and Marketing Cooperatives, an ICA member, as part of an impressive symposium in Beijing for the International Year of Co-operatives. It conveyed a thoughtful, outward-looking strategy, with the global perspective presented along with a perspective from each of the world’s regions, providing an interest counterpoint for the Chinese view of their own co-operative experience and future. 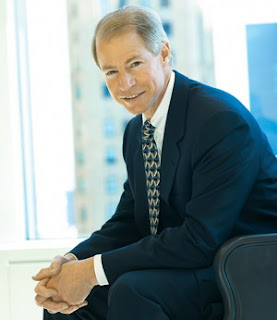 Later that week, I had the opportunity to meet with the Deputy Prime Minister of Vietnam, H.E. Mr. Mguyen Xuan Phuc, in Da Nang, where he addressed the World Fisheries Cooperative Day attendees. He noted the significance of the fisheries sector to the Vietnamese economy and that Vietnam is now among the top 20 countries in fish catch and ranked sixth in terms of fisheries export. He expressed his appreciation specifically for the contributions of ICFO (International Co-operative Fisheries Organisation), ICA’s fisheries sectoral organisation, to the development of Vietnam’s fisheries co-operatives.

Juxtaposed, these meetings demonstrate the growing awareness of appreciation for co-operatives at the highest levels of government. The World Fisheries Cooperative Day, in particular, signals a way for us to continue to invite this attention even as the International Year itself reaches its close later this year.

Mr. Hattori has a distinguished career in aquaculture and co-operation and was able to describe the steady development of the Japanese Federation since enabling legislation in 1948. The government early allowed the Federation to use its foreign currency reserves from fuel oil supply operations, which gave it a sound business model for growth. From that start, the Federation expanded into mutual aid, marketing, fish freezing and processing, and more recently, marine resource management and a fishers’ income security system. As Japan now recovers from the terrible tsunami of last year, the sophisticated systems of the Federation are demonstrating the value of thoughtful planning and steady growth. They also demonstrate an important point about governmental relations, and that co-operatives do not seek government subsidies as part of an ongoing business model. Instead, if policy can simply acknowledge the unique structure and nature of co-operatives and allow them to fully leverage their potential, the resulting impact is very impressive.

Vietnam, this year’s host for the conference, is still developing its fisheries co-operatives. With a coastline of 3200 km, fishing is a major part of the Vietnamese economy, and employs 5 million people. It is also a fast-growing part of the economy, increasing over 6% annually this past decade. But it is an inefficient industry. Today, the vast majority of fishing knowledge is passed from father-to-son, vessels are often of low quality, lacking communication and safety equipment, and illegal and unsustainable fishing methods are common.

An improved legislative framework for co-operatives, beginning in the late 1990s, has resulted in an increase in the number of fishing co-operatives from 79 to 500, and an additional 4000 ‘pre-cooperatives’. With training, logistical services, and joint marketing, fishers in co-operatives are reporting a doubling of their income. Further improvements to the co-operative legislation are pending even as I write, and we were able to address this with the Deputy Prime Minister.

While fishers are among the poorest of workers, conditions would seem to be ripe for greater attention to their needs. For example, the agenda of the important United Nations Rio+20 Conference on Sustainable Development, meeting this month in Brazil, includes sustainable oceans policy. At the same time, the Food and Agriculture Organisation has been warning of a growing food security crisis, and aquaculture and fishing are acknowledged as essential means to address this. ICA is working to ensure that co-operatives are seen as part of the solution. Our Public Policy Director, Betsy Dribben, is in Rio now, advocating for inclusion of co-operatives in the outcome document from Rio+20, to ensure our inclusion in post-Rio implementation strategies.


As further evidence of growing attention to co-operatives in this area of food supply, the new FAO (UN Food and Agriculture Organisation) Director-General, Mr. Graziano da Silva, is a friend of co-operatives, having seen first-hand their impact in his home country of Brazil. He is elevating the visibility of co-operatives within the FAO and ensuring their integration in key initiatives.

The dangers of the waters have long made fishing conducive to mutual support. An increased awareness of the over-exploitation of the seas has elevated the urgency of co-operation in resource management, as well. The co-operative model is showing, in the countries represented at the World Fisheries Cooperative Day, how effective it is in accomplishing this, while at the same time raising the standard of living of the fishers involved."